In this post, we will introduce all the details about the Pokémon emulator for iPhone by teaching you what it’s all about, its availability, and how you can use an emulator on iPhone or iPad to play classic Pokémon games. Read and enjoy.

Part 1. What Are Emulators and ROMs?

As we mentioned above, you can install an emulator to play classic Pokémon games on your iPhone. In a very simple way, an emulator refers to software that imitates an old video game console. Using the right emulator, your iPhone will behave like a video game console. Some of these emulators are console-specific; however, the traditional console barriers have been transcended by a few available for an iPhone and capable of handling ROMs from any system easily.

In addition to an emulator, a ROM is also required if you want to play classic Pokémon games on your iPhone. ROM is a computer file that includes all data of the video game. There are numerous emulators out there that are open source which makes them legal and free to use. ROMs are different. They are games available on the emulator for players and protected by copyright. Sharing and playing ROMs is regarded as illegal, but that still does not stop some people from doing it online.

You will have no problem downloading Pokémon emulators for iPhone. They are safe if you can try to give them a good scan after downloading to get rid of issues of malware and viruses. Besides, to ensure safety, we’d advise that you download the emulators from the official website.

Pokemon emulators remain legal, and you can play them online or download them easily as long as you don’t run them with ROMs. Note that downloading ROMs is illegal. Nintendo will charge you about $150,000 if you are caught downloading it.

Nonetheless, you will need ROMs to run emulators. You can legally download ROMs if you have the original copy of the Pokémon game.

There are many Pokémon emulators with amazing performance available for iOS devices. Below are the top five ones that you can use to run your favorite classic Pokémon games:

With the Happy Chick emulator, one of the best virtual game launchers, you can have an amazing gaming experience. It supports Online Multiplayer Battles and Trades and will play through LAN. Also, it supports 18 different consoles, including FAB/MAME/MAMEPLUS, PSP, PS, FC, SFC, GBA, GBC, MD, etc. 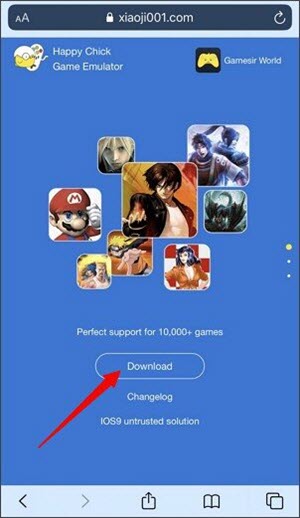 It is compatible with various iOS devices and does not require jailbreaking (Apple’s certification policies accept its system and settings). Download the app and its APK files directly from the Happy Chick website, then remedy the Untrusted Enterprise Developer error by clicking the Trust option. The unfamiliar certificate will after that be permitted and accepted by the Apple authentication detectors.

GBA4iOS is easy to install and has a user-friendly interface. It is compatible with various iOS devices, and with this emulator, you can install any retro games, such as the older Pokemon franchise games. In addition, it is compatible to run GameBoy, Game Boy Advance, Game Boy Color Games, and Nintendo 64. 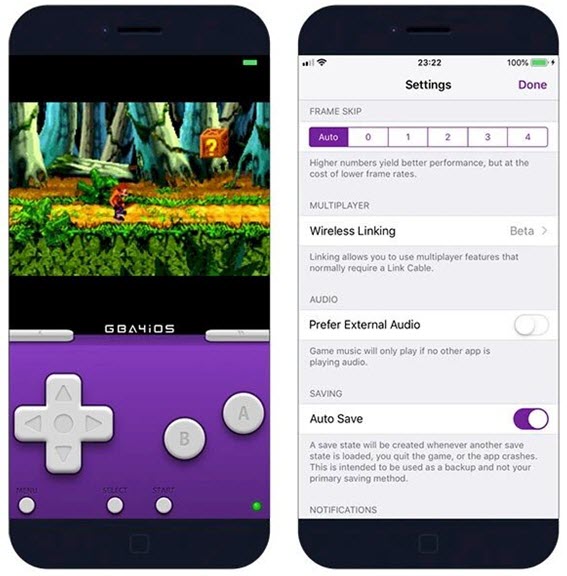 It contained an iOS developer Enterprise certificate and required no jailbreak of the iOS device. However, GBA4iOS cannot be downloaded straight on the App Store. You need to visit its official site to install it or use Cydia.

How can you get it done from Cydia sources? Start by opening Cydia app on your iOS device > Click on “Sources and Edit”> add HackYouriPhone Repo > switch to search tab and type GBA4iOS > click on the install button to install GBA4iOS.

Delta emulator fully supports all iOS versions and Airplay. It works well with cheat codes and doesn’t essentially require a jailbreak. With Delta emulator for iOS, it is very easy to play Retro games. It is compatible with GameBoy, GBA, GBC, SNES, Nintendo 64, Super Nintendo, etc. 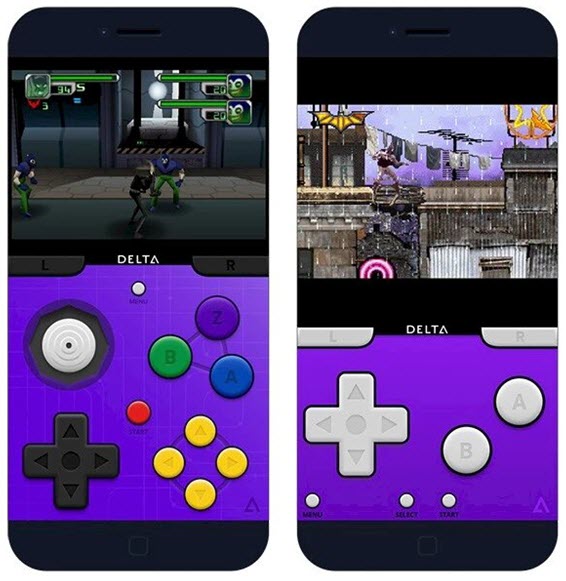 Although Delta emulator works like the original GB4iOS, its features are better and are developed to serve every player with incredible satisfaction. With it, players will feel great with their gaming experience. In addition, the app doesn’t require backdating before you can run your favorite games.

Provenance is a multi-emulator that supports various console systems such as Bandai, Atari, Sega, Sony, SNK, Nintendo, and NEC. In addition, it is a front-end for tvOS and iOS. Its main features include adjusting controller overlay opacity, saving states, and playing in landscape or portrait orientation. 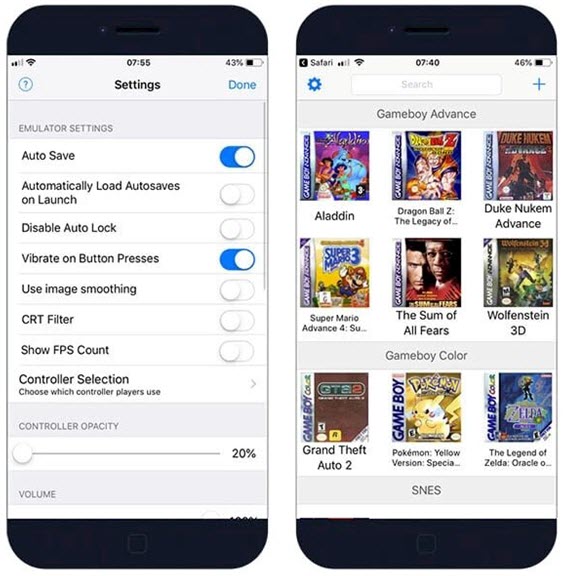 RetroArch is seen as a front-end for game engines, media players, video games, emulators, and other apps that can run between iOS 11 and iOS 15. With this emulator for your iOS device, you can access different tools to play classic games, including Consoles, Arcade, Game Engines, Computers, etc. 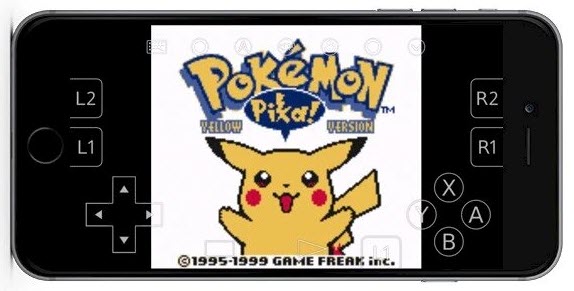 Part 4. How to Install an Emulator on iPhone?

It’s good news to know that there is a very simple way to install an emulator to play your favorite Pokémon games. You don’t have to go through the complex method of jailbreaking your iPhone or iPad. You can’t get emulators from App Store ( disallowed by Apple); therefore, to download it, you can download them from some third-party sources.

Below are places where you can find emulators for iPhone and get them installed:

iEmulators remains the best place where you can find and download emulators for iPhone without necessarily jailbreaking the device. It is free and offers some popular emulators such as Happy Chick, GBS4iOS, etc. 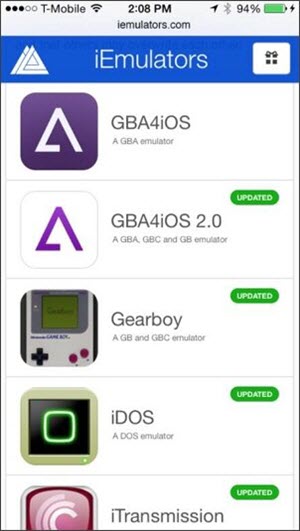 BuildStore is another great option available when it comes to downloading and installing emulators. Unfortunately, unlike iEmulators, it is not free of charge. However, the benefit BuildStore offers is providing your iPhone with a clean installation and will not often access revocation.

If you are a fun of classic Pokémon games, you can install an emulator we introduce above to play them on your iPhone. Here we also want to share some of the great Pokémon games you can directly download from the App Store. Theses include:

As an augmented reality game, Pokémon Go uses the camera on your device to seek and find Pokémon in the real world ( exploring your local surroundings to get the best Pokémon). There are over 500 Pokémon available for collection. You can also compete in gym battles and against Team Rocket grunts. 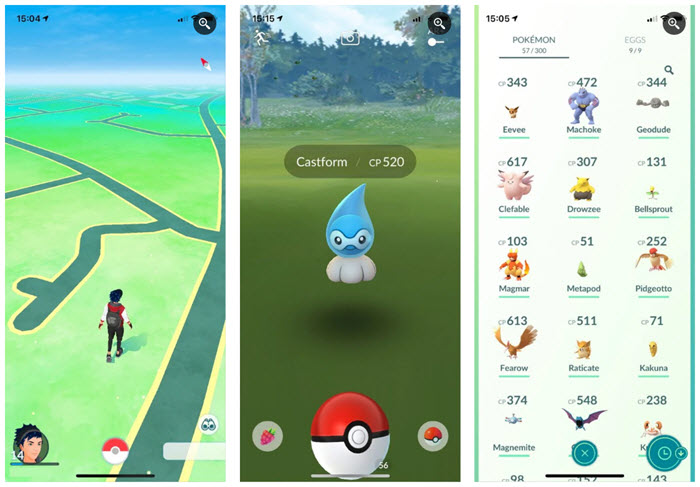 Pokémon Masters is not just a classic game but episodic. It features a series of chapters that must be completed and occasional game-wide events. The downside of Pokémon Masters is that it lacks the sense of adventure that you may want to get from Pokémon games. 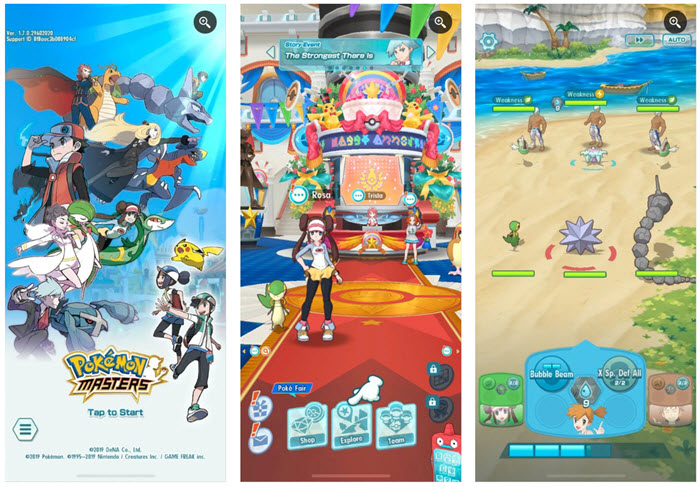 Pokémon Quest can undoubtedly be addictive and time-wasting ( you can easily sink many hours playing it without knowing) due to how it encourages the building of perfect tea, choosing the best moves carefully, and strategically rounding out the squad.

With the provided details, you should now have no problem with how to play classic Pokémon games on your iPhone by installing an emulate. This information should help you ensure that the game is run on your device successfully. So try the classic Pokémon games now and begin to relive your childhood. 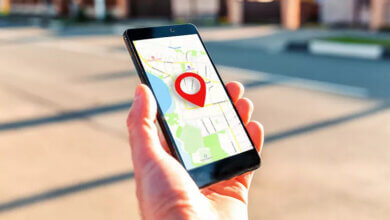 How to Fake Your Location on Snapchat Map 2022

6 Ways to Fake Location on Find My Friends without Jailbreak