Korean dramas have taken the entertainment world by storm. Intriguing plots, captivating storylines and varied genres coupled with phenomenal performances by the star cast — there are more reasons than one behind why some of the best K-dramas of 2022 have garnered global viewership.

The K-drama craze is still going strong in 2022, with lots of wonderful cast and plots lined up to keep you entertained at home. Here is our list of recommendations for the best Korean dramas of 2022, meaning more good-looking Oppas and Unit to feast your eyes on, regardless of whether you’re a fan of hair-standing thrillers or someone who melts for melodramas! Now you can watch Korean dramas immediately. So get ready in front of your TV (or phone) and brace yourself for non-stop roller coaster rides with these exciting plotlines! We’ve also included some blockbusters from 2021 in case you missed them last year or feel like rewatching any of them! As you want to watch K-dramas, you can also download Korean dramas to watch offline.

Under the Queen’s Umbrella

This sageuk — or historical drama — is my favorite K-drama of the year. Kim Hye-soo stars as a fair and open-minded queen who serves her king but lives for her rambunctious sons. After her eldest, the crown prince, falls deathly ill, the battle over succession begins. His title won’t automatically be passed down to her other children if the Queen Dowager (Kim Hae-sook) has her way. She despises Queen Hwa-ryeong and has plans of her own: to have a prince borne to one of the king’s many concubines ascend in the royal hierarchy, kick out (or kill!) Queen Hwa-ryeong, and have the preferred concubine become the king’s new queen. What follows is a murder mystery and a tale of political vengeance with an adorable love story thrown in for a bit of levity. As a bonus, the period-piece costumes are gorgeously resplendent. (Kim Hye-soo also stars in this year’s superb Juvenile Justice, playing a no-nonsense juvenile court judge who despises delinquents.)

Our Blues doesn’t feel like a typical K-drama, and that’s a good thing. The show is more of an anthology which dances between the stories of over a dozen interconnected individuals who live on Jeju Island, off Korea’s southern tip. An ensemble cast—Lee Byung-hun, Shin Min-ah, Cha Seung-won, Uhm Jung-hwa, alongside many others—assumes roles across all walks of life: truck drivers, business owners, pearl divers, and so forth.

There’s a tranquil and melancholy, but never depressing, vibe to Our Blues, like drinking warm coffee on a rainy day. The show manages to meaningfully address a litany of social issues across its 20 episodes, from ableism to suicide and child abuse, while still giving those who want romance in their K-dramas something to feel good about. It’s no surprise that Our Blues became one of the highest-rated Korean dramas of 2022.

The title refers to the lead couple’s Korean ages when they fall in love. But when the series starts — with Kim Tae-ri playing high school fencer Hee-do and Nam Joo-hyuk portraying Yi-jin, a college student who had to drop out to support his family — they are 16 and 20, respectively. While there is a certain ick factor involved in the friendship between a child and a grown man, this K-drama cautiously takes its time in developing the platonic relationship that is the basis of the characters’ interest in each other. There is a second lead syndrome with Hee-do and a classmate vying for Yi-jin’s attention. But ultimately, the girls find strength and validation from each other, rather than a man.

Perhaps to nobody’s surprise, our selection for the very best Korean drama of 2021 is Squid Game. In case you haven’t heard, Squid Game is currently Netflix’s most-watched series ever, across any language.

Squid Game’s title comes from an eponymous game in which 456 players must play a series of Korean children’s games in order to win a large monetary prize. The show centers on an inveterate gambler named Seong Gi-hun, who enters the Squid Game to pay off his debts. There, he meets other characters—a childhood friend who went to Korea’s best university, a Pakistani migrant worker, a North Korean defector, and more—who are all gunning for the game’s prize. Of course, there’s a twist.

Virtually all Korean men have to serve in the military. But South Korea’s military can get pretty brutal—and 2021 Korean drama D.P. holds nothing back in exploring this reality.

This series stars Jung Hae-in and Koo Gyo-hwan as a pair of soldiers assigned to a “Deserter Pursuit” unit in the South Korean army. As the unit’s name suggests, their job is to pursue deserters. Through the eyes of these two protagonists, we start to learn about exactly why—hazing, abuse, and so forth—people might decide to desert the Korean military. By borrowing from conventions of detective serials, the show is suspenseful, entertaining, and very easy to follow even if you don’t know a lot about South Korea’s army.

However, D.P. is not for the faint of heart. Its depictions of military abuse are realistic and damning. The show was inspired by actual events—including spates of conscript suicides that have ocurred over the years. In fact, many South Korean men who’ve actually gone through military service have praised its chilling accuracy.

Because of this realism, D.P. is probably the most likely K-drama on this list to spark some sort of social change. After its release, it reignited conversations around the status of South Korea’s military, and even forced the Ministry of Defense to comment upon reforms.

Set between the years of 2023 and 2027, Hellbound explores a reality in which massive demons regularly arrive on Earth to maul those destined for damnation. Amidst all this, a cult-like group called the New Truth Society and a gang-like group called Arrowhead play on people’s hopes and fears in a quest for power.

With only six episodes that span across two distinct storylines, Hellbound eschews traditional K-drama patterns to bring something completely novel. Despite its otherworldly premises, the series also tackles some pretty relevant modern issues like misinformation, vigilantism, the appeal of cults and conspiracy theories, and the conflict between secular societies and religious conservatism.

Arguably, Hellbound’s willingness to break out of usual soapy K-drama tropes and explore deeper themes helped give it global appeal. The show topped Netflix’s charts upon its release, and won many admirers outside of the usual K-drama bubble.

What makes K-dramas so appealing?

Upholding a slice of life genre in Korea, showing the splendid corners of the country and depicting its life and times, Korean dramas have made a special place for themselves in the hearts of television buffs. Such is their popularity that Korean television actors are regarded as some of the most noted celebrities across the globe. But what makes them so appealing to such large audiences?

The answer is fairly simple. Intriguing plots and out-of-the-box themes and concepts come out as star ingredients in making a successful K-drama. Whether it is a deadly reality game show, a zombie apocalypse or even a simple office romance and chance situationships, the gripping plots and phenomenal performances by the actors make every drama quite an interesting watch. They are also packed with punchlines and twists, which makes them all the more addictive. 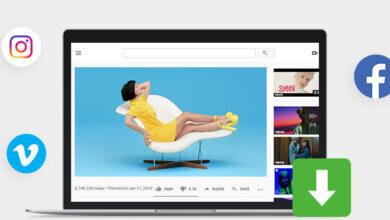 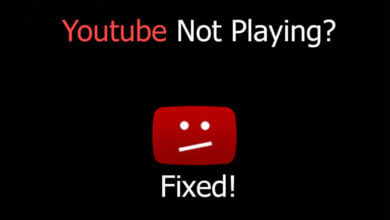